DOWN 2 IT feat Watson 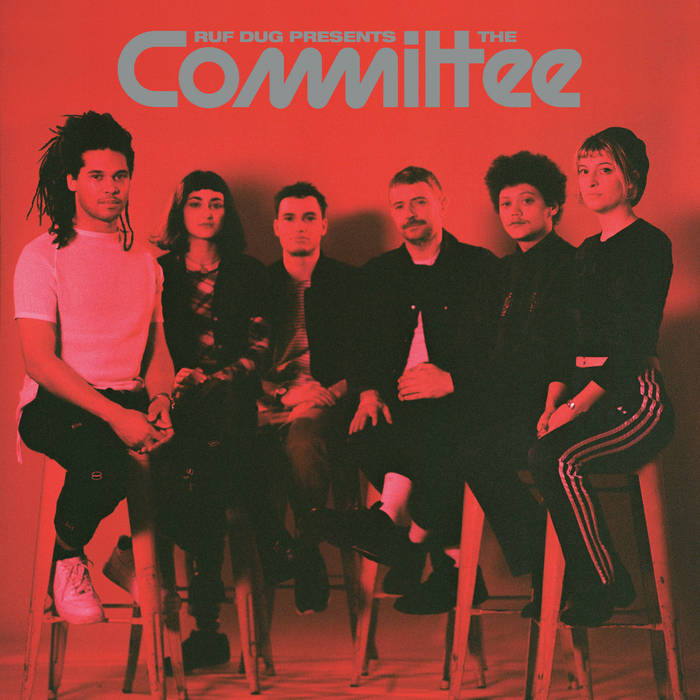 Right from the studio’s initial creation, Ruf Dug felt inspired by the space’s unique musical identity, jumping at the opportunity to create a collaborative record there over a two week studio residency. And betwe en his DJ r esidencies at Pikes, Gottwood and NTS radio the Manchester­via­Ibiza computer game freak and renowned vinyl digger found the time to meld his wide range of influences. Having been a key driving force behind Be With ’s Holy Grail reissue of Bô’vel's ­ Check 4 U, Ruffy has more than earned his stripes as a boss level Street Soul collector, pre­empting the resurgent interest in the genre, which began in the mid 80s and is still a popular sound in Manchester today. This new release draws parallels between the DIY attitude of Street Soul labels like TSR, Intrigue, Jam Today & Elite and the modus operandi of the RS studio.

A wholly synergetic work, the project’s title “The Committee” reflects the collaborative nature of this release, as Ruf Dug states: “ Authorship is a strange concept at the best of times but this genuinely is a group effort and I very much enjoyed feeling like just one piece of a larger entity ­ the com plete opposite to my usual production experience of being all alone in my room for days at a time.” The EP also features additional production from Rhythm Section’s own Mali Baden­-Powell, who DJ’s and produces as Z Lovecraft and comes from a background in StreetSoul music, his father was also in legendary UK acid jazz collective D'Influence. In addition, the record features a dynamic range of vocalists: sultry deliveries from Natalie Wildgoose and Sienna Mustafa, a rap from her sister Nadina, and the vocal debuts of FYI Chris’s Chris Watson and Bradley Zero. “I had been joking with Bradley that he needed to be on the record somehow and he did appear, playing an egg shaker at one point, but his singing wasn't in the least bit planned... I got back from lunch, and the next thing you know he just starts singing...So I dragged him reluctantly down the corridor [to the studio] and that's it­ now he's a pop star!”

Also playfully melding digidub, soul, chicago house and acid jazz, the release not only marks a new chapter in the development of the Rhythm Section sound, but also catalogues a crucial turning Point in Ruf Dug’s musical development. Still oozing with the cheeky DIY approach that won his own label, RUF KUTZ an army of fans, this latest Collab steps things up and opens a whole new realm of possibilities for one of Manchester’s favourite sons.

A1 Down 2 It ft. Watson Produced by Ruf Dug & Watson
Vocals and Lyrics by Watson
Additional Production by Mali Baden­-Powell

Bandcamp Daily  your guide to the world of Bandcamp